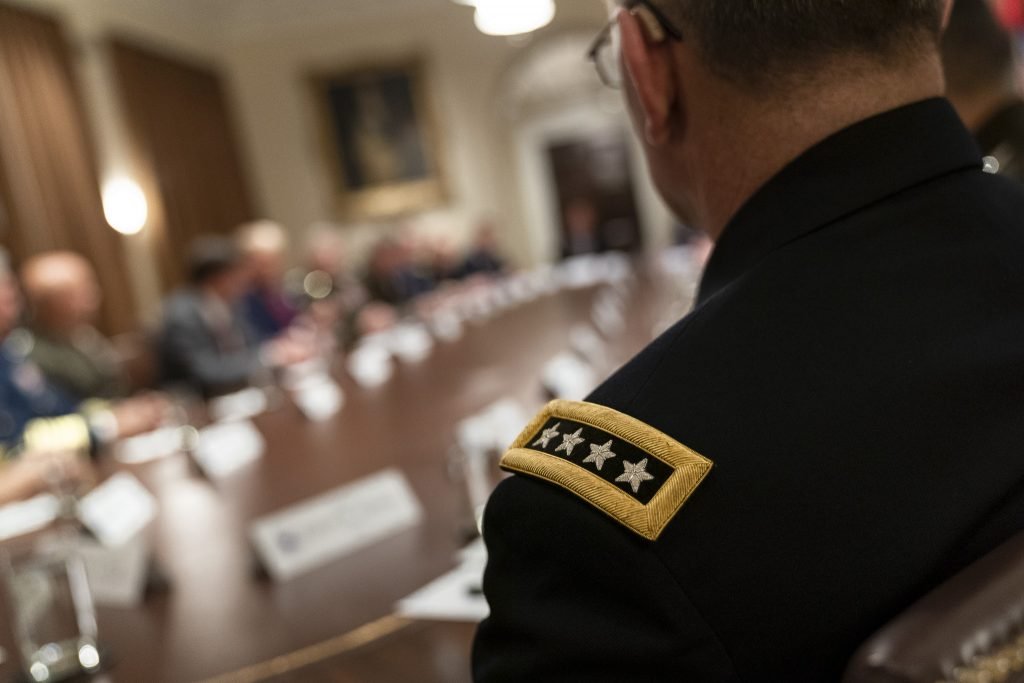 All should read this article.

Our nation is not ready to go to war.

This is a fair assessment of where we are today.

Another sobering article about the weakened state of combat readiness was written by Admiral James A. “Ace” Lyons (ret.), former Commander in Chief of the Pacific Fleet and former Deputy Chief of Naval Operations. In The Need for Accountability, Adm. Lyons described the tremendous harm done to America’s combat readiness during the two-term presidency of Barack Obama.

Adm. Lyons’ views matched those of one of his most notable protégés, Cmdr. Richard “Demo Dick” Marcinko (ret.), founder and first commanding officer of SEAL Team Six. In response to my email inquiry shortly after President Trump took office, Marcinko told me the military had been so badly degraded that he doubted America had the ability to bring a conventional war with North Korea to a decisive conclusion.

When Michelle Obama said she would never forgive President Trump for questioning her husband’s birthplace, Trump replied that he would never forgive her husband for what he did to the military. Trump’s assessment of the damage his predecessor did to the military was spot-on. A jaw-dropping 2018 report by the bi-partisan National Defense Strategy Commission (NDSC) found that due to the atrophied condition of its armed forces, America could struggle to win–or could lose!—a war against Russia or China.

According to the NDSC report, if America went to war against Russia or China, its sons and daughters in uniform would likely suffer catastrophic losses, and its armed forces would be at risk of being overwhelmed if forced to fight two wars simultaneously.

The military exists to fight and win wars, with its senior commanders responsible for ensuring their respective branch is fully prepared to pull its weight in carrying out that foremost national imperative.  While Obama packed the Pentagon with progressive activists more committed to “social justice” than combat readiness, America’s highest-ranking generals and admirals offered no pushback, perhaps in fear of being called racist and seeing their career abruptly end.

For the first time ever, many of America’s highest-ranking military commanders have become willing political pawns who actively promote an ideology that is anti-American in the most deeply troubling meaning of the term. In doing so, they have betrayed the oath they took to defend the Constitution against all enemies, foreign and domestic.

Before Obama was elected, the foremost enemy of our constitutional system was understood by both political parties to be communism. Such is no longer the case, as one of those parties has defected to the side of the hammer and sickle. By joining forces with that party, many of our nation’s admirals and generals have capitulated to enhance career advancement and land lucrative gigs with woke defense contractors in retirement. Collectively, these high-ranking commanders have turned themselves into traitors with ribbons on their chest and stars on their shoulders.

Some of what’s happening in Biden’s thoroughly woke military:

● Tasked with purging Trump supporters from the military, race arsonist Benjamin Garrison, senior adviser to Defense Secretary Lloyd Austin, said in a 2019 tweet, “Trump is a racist and support for him is support for ALL his beliefs.”

● Currying ideological favor with woke defense contractors can pay off big-time for retired generals and admirals. During his first four years of retirement, 4-star Gen. Lloyd Austin, the current Secretary of Defense, raked in $7 million as a board member of woke corporations, including America’s #2 defense contractor, Raytheon Technologies, which instructed its white employees to “deconstruct your whiteness.”

● In May, the commanding officer of the 11th Space Warning Squadron at Buckley Air Force Base in Colorado was fired by a woke lieutenant general for speaking out against Marxist indoctrination in the military.

● The Air Force Academy launched a “Transgender Working Group” in compliance with a May 2017 Pentagon directive. Biden is doubling down on Obama’s attempt to put an effeminate stamp on the U.S. military. Russia and China do not use their armed forces for social experimentation—their single-minded focus is WINNING WARS. Check out the two U.S. military officers in Military Recruiting Ads: Russia vs. U.S. and you’ll see why America’s military is seen by its most potent adversaries as a laughing stock.

● A combat veteran of the war in Iraq, Fox News host Pete Hegseth recently discussed the purge that’s occurring in all branches of the U.S. military, an all-out effort by the Biden Pentagon to implement left-wing political purity within the ranks – WATCH. Purging the military of service members who oppose the political party in power is what Hitler and Stalin did in the 1930s, and what China, Cuba and North Korea are doing today.

Once upon a time, nearly all Americans had deep respect for their nation’s top military commanders. That is no longer the case, as revealed in “Has the Military Lost Middle America?” by Victor Davis Hanson. Finally, a police state cannot take root without the consent of the military. Because Biden’s traitors with ribbons on their chest and stars on their shoulders have surrendered to the Marxists in our midst, ”Obama’s Police State Dream Is Coming True.”