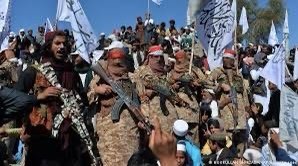 I watched a member of the British Parliament break down in tears as he admitted that there would be British citizens stranded in Afghanistan. He was pointing the finger at Joe Biden and America’s botched exit from Afghanistan as the reason. The scope of Biden’s failed initiative continues to unfold, but one thing is obvious. Joe Biden is not only letting down the American people but also our allies. He did not communicate what his plan was, so our partners were caught flat-footed. Their frustration is palpable. Their pain is obvious. The fault belongs to Joe.

It is evident with each press briefing that this plan was not well thought out and not communicated to our partner countries. Nobody from the White House, the Pentagon, or the State Department will go on record for how many Americans are in Afghanistan. I love it when these people prove themselves wrong by their own words. The talking heads from DC claim that all Americans are getting to the airport with little to no challenges from the Taliban. Not five minutes later, they urge all Americans to stay away from the airport due to violence at the airport perimeter. They claim not to know how many Americans are even in Afghanistan, and in the following sentence, they claim they are communicating with all Americans via email. What? Count the email addresses. Two things are at play in the Biden Administration. They either believe we are stupid or that we never watch the rest of the story. They think that people listen to their sound bites and do not watch the video spots.

I am not sure if this stream of information is more embarrassing or insulting. We have been watching this drama unfold for the last two weeks. At first, Biden was virtually silent. He was vacationing in Delaware and was quiet and invisible. When he finally emerged, the misinformation campaign began. Daily press recaps by the President, Pentagon, and State Department have been contradictory and accusatory. Deflecting the blame for the entire event and trying to convince the world that this fiasco was inevitable, this administration proves its ineptitude with each passing hour. The video images don’t lie, and they immediately disprove each shallow statement made by the various mouthpieces briefing the world. We are watching the worst debacle in international politics in history.

Our President looks into the camera and claims that no one has died. At the same time, we watch bodies fall from planes taking off from Kabul and count the bodies found as the Taliban goes door to door, killing anyone who has aided the American effort in Afghanistan. We are told that the airport and perimeter are safe as the videos show the chaos. We are watching the French and Brits openly condemn Biden and America for abandoning the world community and leaving them to scramble to rescue their citizens. We will not come close to getting everyone out of harm’s way by August 31, and Biden is holding firm to that arbitrary date.

This drama is maddening and sad at the same time. This is not who we are as America. It is a helpless feeling in our gut as we watch Biden speak with his masked minions standing silently behind him in a poor effort to show a unified front. It is clear that the only thing unified is the total incompetence of the entire administration. God help us as no one in this picture can effectively turn this wayward ship around. The body count will grow, and that count is all on Biden’s watch. Shame on him and on all who thought him up for the job.