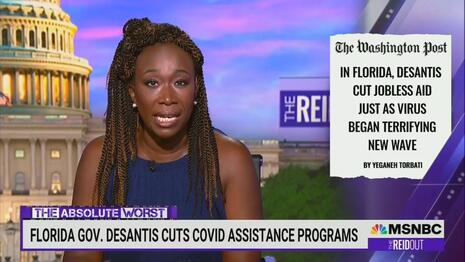 A new Media Research Center study of cable news coverage on CNN, MSNBC, and Fox is a little depressing. Only 22.3 percent of the cable-news hours surveyed can be defined as “hard news” – with correspondents reporting from the scene, or live coverage of breaking news, or an anchor just reading the latest news headlines.

It’s even worse if you compare it to the commercials. On average, the “news” networks have nine minutes of news in an hour….and 18 minutes of commercials.

CNN led the pack with 28.2 percent hard news, compared to 20.3 percent on MSNBC, and 18.4 percent on Fox. Overall, 70 percent of cable “coverage” is hosts talking to guests. More than half of the news – 54 percent – is discussion and analysis by anchors and correspondents and commentators. As CNN’s Brian Stelter once admitted, it’s “primarily a 24/7 talk show.”

There’s a pessimistic assumption that most people have already seen the headlines (or longer stories) on their cellphones, that reporting the news might sound repetitive. But that presumes it’s not repetitive to hear the same talking points of opinion shared over and over again.

It wasn’t always this way. In 2013, the Pew Research Center found in a study of 2012 newscasts that “factual reporting” comprised 54 percent of CNN’s content, vs. 45 percent for Fox News and just 15 percent for MSNBC. That’s a few years before the Trump era kicked in. Now all the channels are deeply invested in opinion.

For this, we should blame ourselves. Ratings and focus groups have probably demonstrated this is what we want as “news” consumers. Both Republicans and Democrats, both conservatives and liberals, are looking for information that confirms a worldview, and the opposing worldview is too unconscionable to consider, side by side. It used to be routine to see conservative vs. liberal pundit debates on the cable channels. It’s much more common today for everyone on a panel to have a similar if not identical view on issues. 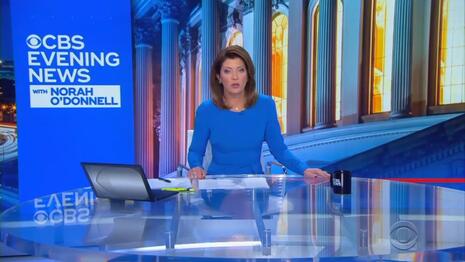 To accompany the cable numbers, the MRC also looked at a sample of ABC, CBS and NBC morning and evening news shows. Overall, 50.1 percent of these shows were hard news. The evening newscasts had the most hard news (71.7 percent), followed by the 7 am hour of the morning shows (60.9 percent). Even the much lighter second hour of these morning shows (24.9 percent hard news) beat the 22.3 percent tally for cable news.

All of this partisan division on partisan channels underlines why the country feels more divided, and trust in the media keeps dropping.  Both sides take their fights to social media sites, where both sides can assume the worst, that the other side is out to destroy democracy, or abolish capitalism. The assumption is that every opponent argues in bad faith, that insincerity is rampant.

There’s nothing wrong with vigorous debate, but it needs to step back from premises like  your opponent is part of a “death cult” or is not-so-secretly rooting for the Taliban unless they’re saying that crazy stuff out loud.

It would seem like the answer to building more trust in the “news” is to report more news and drop fewer opinion bombs. But with the gut check of numbers like these, is that entirely too optimistic an assumption?