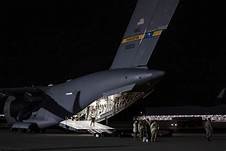 I have been trying to find an analogy to describe how Biden, Blinken, and Milley are spinning the Afghanistan fiasco. To be congratulating the administration for the incredible airlift evacuation of Americans and Afghans is like saying the house burned to the ground, but we saved the mailbox. We abandoned the country and people. We walked away from our airfield and enough equipment to make the Taliban one of the best-equipped militaries in the world. We left the keys for a billion-dollar embassy. We sacrificed 13 Marine heroes. And we ultimately stranded an unknown number of Americans, Afghan support staff, and their families. These facts are how the Biden administration describes a successful mission. The American people are not sharing in the celebration.

Watching the Antony Blinken hearings before the House and Senate was a study in today’s partisan environment. The Republicans went after Blinken for answers to how this mission turned into a failure of global proportions. They pointed out that we are now in a more dangerous place, and our credibility with our allies has been damaged. The Democrats lauded the Secretary for an incredible job based on the situation Donald Trump left the Biden administration.

Democrats wanted confirmation that aid would continue to flow from the U.S. to Afghanistan. They also suggested that any funds yet to be spent on the war in Afghanistan be redirected to aid. Let’s not save the money but let’s flush it into a Taliban hell-hole. The Democrats also want the limit raised to 200,000 refugees that we can absorb from Afghanistan. There have also been calls for these refugees to be fast-tracked to citizenship and access to all HSS funds they might need. We may be out of Afghanistan, but that doesn’t end the pipeline of cash the Dems want to remain flowing.

What I find interesting and disappointing that no Republican brought up is that Biden retracted nearly every decision made by Trump, but in this case, the Trump plan was not torn up. But instead, the Dems say there was no plan. You cannot have it both ways. You cannot say there was no plan and at the same time blame the Biden debacle on the Trump plan. Yet, that is precisely what the Biden team and Democrat members of Congress are doing.

The Democrats are looking to the future and the relationship we will have with the Taliban government. There will be no relationship as the Taliban will not be a member in good standing of the global community. They are and always will be a terrorist gang.

Afghanistan is no longer. The former leader is gone flying into the blue in a helicopter full of American cash. We have no boots of any type on Afghanistan soil. We do have Americans and Afghans stranded behind enemy lines. We abandoned our airbase and billions of dollars worth of military equipment that the Chinese would love to own. We have left the Taliban in charge. None of this is good, but damn, did you see our evacuation? Our retreat was the best of all time. We lost the war and our credibility, but boy did you see our escape. It was the best. Thanks, Joe. You have damaged us for years to come, and you have no idea what you did. This moment might be a good time to be thankful for your lack of awareness.