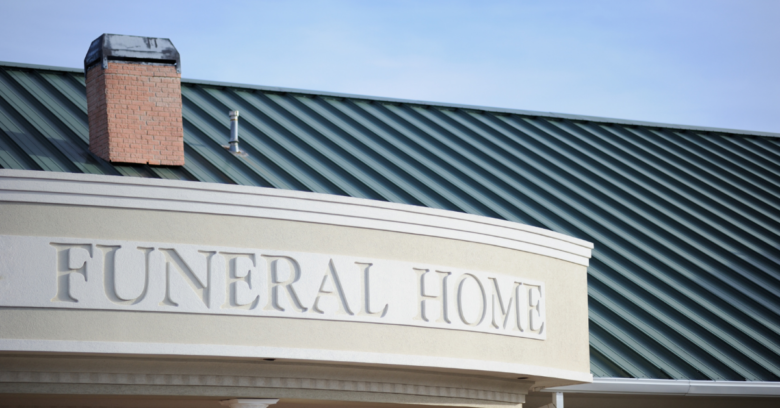 A Charlotte-based advertising agency made the rounds this week after sending a truck reading “don’t get vaccinated” alongside the name of a fake funeral home to drive past Sunday’s Panthers-Saints game.

The truck had the name [“Wilmore Funeral Home’] on it. But instead of a soothing thought that might double as a company slogan, the message on the side read: “Don’t get vaccinated.”

But here’s the catch.

There is no “Wilmore Funeral Home” and visiting its website takes you to a landing page instructing visitors to do the opposite of what’s written on the truck.

“Get vaccinated now” pops up on the site, along with a message that says, “If not, see you soon.” The ad agency, BooneOakley, had decided it was time to get serious.

“I just feel like conventional advertising is not working. Like, just regular messages that say ‘Get the Shot’ or ‘Go Get Vaccinated’ … they just kind of blend in with everything else,” agency director David Oakley told CNN. “We wanted to do something that saw it from a different perspective and kind of shocks people into thinking, ‘Holy moly, man.’”

I would assume shock comes secondary to the visceral point-and-laugh reaction to a bunch of weirdos sitting behind desks spending what was presumably a ridiculous amount of money to drive around telling people that they’re going to die.

However, in all seriousness, the sanctimoniousness here comes across as so blatant — probably because these types of scare campaigns were employed by those on the left since the first lockdowns were announced last March. If you didn’t immediately shut up, lockdown, and mask up, you were written off as a simpleton with a death wish. After all, who could forget anecdotes as pleasant as “if you think the masks are uncomfortable, wait until you’re on a ventilator?”

But let’s face it — shock value isn’t what these types of people are aiming for here. It’s the false sense of moral righteousness that they derive from being able to bully you into submission with impunity. One look at the headline CNN ran, triumphantly declaring BooneOakley to be “spreading a message for the unvaccinated,” should explain this rather effectively.

It’s a point I’ve stressed before: the reason this intellectual thuggery is so common on the left is because of how convinced they are that they are humanity’s sole arbiters of compassion, reason, and virtue. Therefore, they surmise, anyone who dares question them is probably as dumb and unenlightened as they are evil — thus justifying these types of passive-aggressive attempts to cajole you into putting your head down and giving them their way.

Of course, this isn’t to say that vaccination is somehow a means of submission to authority. Vaccines are largely effective against COVID, and I have long been a proponent of their usage. However, what I take issue with is the idea that their efficacy somehow overrides your right to bodily autonomy. Whether you decide to get vaccinated is irrelevant to me, and it should be irrelevant to everyone else.

But so long as our self-appointed political betters continue to base their entire worldview on condescending, passive-aggressive authoritarianism, that isn’t going to be a thing that happens anytime soon.