On #RealTime, @BillMaher fretted “the thing that may be the most disappointing” to Biden is “he thought that the Repubs would go back…to being the Everett Dirksen Repubs, Mitch McConnell would stop being an asshole.” @JRubinBlogger regretted Dems “do not know how to use power.” pic.twitter.com/91HDYebu00

BILL MAHER: I think the thing that may be the most disappointing to him, but it is kind of sad.  He thought that the Republicans would go back – am I right? He really did. You could hear it, you could see it.  He thought the Republicans, or something, that Mitch McConnell would stop being an asshole, and they’d have a drink together, and we’d work together.

Washington Post columnist Jennifer Rubin — the one who’s been so pro-Biden it embarrasses Bidenites and Post reporters —  made this all about her, like anyone viewed her as a leader of a political party or faction:

RUBIN: They thought they were Jennifer Rubin Republicans. I left because there were no Jennifer Rubin Republicans, that these people were all crazed. And Mitch McConnell is – has just decided he would rather drive the car into a brick wall, set off an economic catastrophe, than to do his job, which is to pay for what he already spent under the last president. So this notion that we need [Delayed applause]  to chat with them, or that we need a filibuster, because a filibuster, you see, is going to promote dialogue and compromise, and debate, is nonsense.

The irony here is that the “centrists” like Joe Manchin or Kyrsten Sinema are the stand-ins for Dirksen and Mansfield, and Rubin and all the other liberals want them whipped into submission. 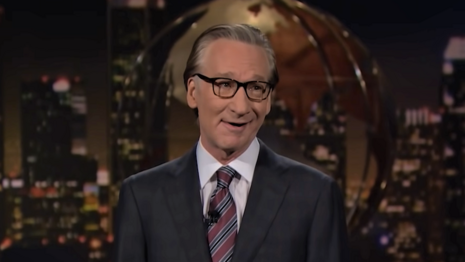 Rubin then condemned the Democrats as worthless and weak: “Many of the Never Trumpers, like myself, who came over – we look at this and we say ‘must we do everything?’ These guys do not know how to use power. They don’t know how to whip their own people into shape.”

Then Maher started babbling that the riot on January 6 was “1,000 times more consequential than Benghazi.”

Rubin kept ripping the weak Democrats: “And they don’t even get the language right. These people are domestic terrorists, domestic terrorists! Instead, they use all kinds of language – er, rioters, dissenters.” Maher said “protesters!” Rubin added “Protesters. They’re traitors, and they’re criminals. And the party is being run by a guy who told the criminals to go break in and wreck the Capitol.”

The idea that Democrats, political or journalistic, have gone soft on describing the rioters — or that “rioters” is somehow weak terminology? — speaks more about Rubin’s emotions than the facts of current debate.

PS: Last year, when the rioters in the street were leftists and the insurrection was at police headquarters and federal courthouses, hyper-partisan Rubin blamed it on Trump (italics hers). “Trump incites violence. Trump encourages vigilantism. Trump refuses to acknowledge that slogans such as Blue Lives Matter can encourage vigilantes.“