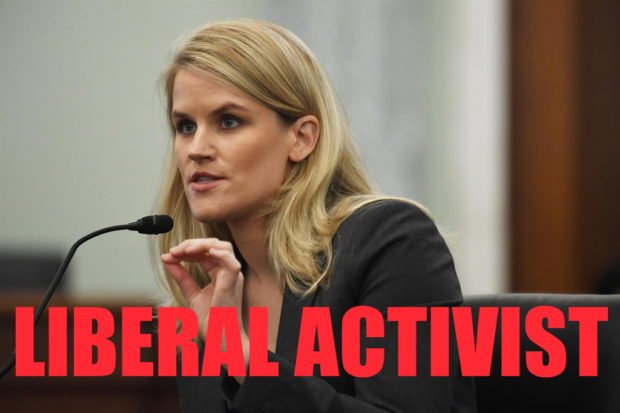 Frances Haugen is being advised on public relations and strategic communications by Bill Burton, a former Obama administration official and founder of Democrat-linked consulting firm Priorities USA Action, The Washington Free Beacon reported Monday. Burton is also listed as a public affairs representative for the non-profit Center for Humane Technology, which has criticized Facebook and other social media platforms for permitting misinformation and harmful content.

Haugen is represented in her U.S. Securities and Exchange Commission complaints by John Tye, founder of Washington legal group Whistleblower Aid. Tye, himself a whistleblower, previously worked for the State Department during the Obama administration.

Filings with the Federal Election Commission show that Haugen is a regular donor to Democrats, contributing to several campaigns including those of Bernie Sanders and Alexandria Ocasio-Cortez.

Haugen, who leaked internal documents that The Wall Street Journal published last month, was employed at Facebook as a product manager on the Civic Misinformation team, where she oversaw policies addressing misinformation and hateful content. Haugen worked specifically on “misinformation” in the lead-up to and immediate aftermath of the 2020 presidential election, according to her testimony.

In October 2020, one month before the election, Facebook censored a New York Post story alleging that Hunter Biden and President Joe Biden met with an executive of Burisma, a Ukrainian gas company, in 2015.

The documents Haugen leaked showed that Facebook’s engagement algorithms contributed to the spread of incendiary content as well as “misinformation” related to the COVID-19 vaccines. In her testimony, Haugen called for reform of Facebook’s algorithms, a dedicated regulatory agency overseeing content decisions and the implementation of “soft interventions” that would limit the spread of information deemed harmful.

“Facebook knows that content that elicits a strong reaction from you is more likely to get likes, comments, and reshares,” Haugen said in her testimony Tuesday. “They also know it’s dangerous.”

Haugen, who said she joined Facebook to make it “less toxic,” previously worked at Yelp, where she pushed for more women to work in the technology industry in a lecture titled “The Intersection of Product Management and Gender.”