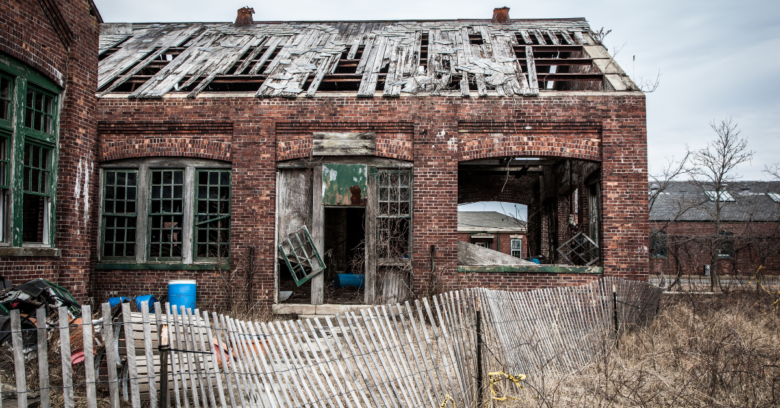 “Could it all be a bad dream, or a nightmare? Is it my imagination, or have we lost our minds?” former Republican Congressman Ron Paul asked in a 2009 speech on the floor of the United States Congress.

Paul was speaking about a whole host of issues plaguing the nation, yet ignored by the media and politicians:

Insanity, passed off as logic…. Evil described as virtue…. Ignorance pawned off as wisdom…. A government out of control, unrestrained by the Constitution, the rule of law or morality. Bickering over petty politics as we descend into chaos. The philosophy that destroys us is not even defined. We have broken from reality a psychotic nation. Ignorance with a pretense of knowledge replacing wisdom.

The issues Paul discussed ranged from the never-ending money printing from the Federal Reserve to never-ending wars. The transgender issue still hadn’t become a topic of wide discussion at the time, but those words from Paul continue to be apropos. Not only do the issues of 2009 remain, but we now have a medical tyranny that shut our country down as well as a society hellbent on destroying reality by denying the biological facts surrounding sex.

There are only two sexes. Genesis 1:27 states that “God created man in His own image, in the image of God He created him; male and female He created them.” And of course, one doesn’t need to be a Christian to understand this fact. It’s inherent in all of us. Hint, hint to all who reject the Bible, but I digress.

The transgender debate really heated up in 2016 with then President Barrack Obama’s “Dear Colleague” letter which claimed to dictate to local government school districts that they must provide access to restrooms and locker rooms based on one’s sex identity rather than biological fact. Of course, most school districts dutifully complied and lied to the public that it was somehow law, which it was not, so they could get their grubby little hands on extra federal dough. I saw it up close in covering a local school district.

One of the first actions by President Joe Biden, when he entered the White House, was signing an executive order that “forces, among other things, schools to allow biological males to compete with girls in athletics,” wrote Vasko Kohlmayer.

And the debate rages on to this day. Ask comedian Dave Chappelle who has faced the wrath of the woke for saying “gender is a fact” and noting the absurdity of Bruce “Caitlyn” Jenner being named “Woman of the Year.” Even more disturbing, ask Scott Smith who was arrested at a Loudon County School Board meeting in June. He alleges his daughter was raped by a transgender student in the girl’s restroom at school and the school district has tried to hide its failures.

The mere fact that this is a debate is evidence of our societal destruction, but if you question the absurdity of the moment you may just face the transgender bullies.

Camille Paglia has questioned this moment. She’s noted that rampant homosexuality and transgender acceptance helped lead to the fall of Rome and said it’s evidence that “civilization is starting to unravel. You find it again and again and again in history.” Paglia says that the transgender political movement hinders human rights, ignores biology and leads to repression.

Paglia, by the way, is a feminist who identifies as transgender, but she happens to be a free thinker. And for that the left has attempted to de-platform her. There’s a website, terfisaslur.com, that attempts to compile the bullies of the transgender movement. TERF stands for trans-exclusionary radical feminist. So, if you don’t accept men who wear a dress as women, you might face threats like this; “the only good TERF is a dead TERF” or “hey when can we start setting TERFs on fire;” just a few of the posts found on that website.

Ultimately, the left is using transgenders as a weapon or “as the instrument for the left’s nihilistic agenda of destruction, since it devastates both the individual and society under the banner of a single ideology,” as Kohlmayer writes. The left knows there are only two sexes, but that doesn’t matter to them. If they can use it to gain more control, they most certainly will.

Transgenderism is just one of the tenants of the new religion of our age. In fact, that new religion may not be so new. As Charles Norman writes, a member of the Fabian Society in the 19th century named Edward Carpenter, an open sodomite socialist, saw the celebration of transgenderism as a way to promote paganism.

“In post-Christian America, neo-pagan religions such as the Gaia-worshipping forms of environmentalism or transgenderism fill a religious vacuum,” Norman wrote. “Carpenter predicted this as well. He viewed the decline of Christianity as paving the way for the return of the ancient pagan religions.”

To me, the religion of today is the religion of “the science.” That very phrase is religious in nature. There is no such thing as “the science.” There’s only science, a tool or methodology that is used to attempt to find truth. Those who embrace “the science,” the same authoritarians trying to control every aspect of our lives over a virus, welcomed Richard “Rachel” Levine as a top health official in the Biden administration. I’m not trying to be mean or nasty when I say, one need only look at Levine to see what a farce the transgender political movement is.

Christians should think about this juxtaposition. If you believe in creationism, you will be lambasted and ridiculed and be called “anti-science.” If you believe people can choose what sex they are and identify with a whole myriad of made-up gender pronouns on a whim, you are embraced by “the science.”

To those suffering with the mental disorder of gender dysphoria, understand the left does not care about you. They are using you for the goal of societal collapse. Walter Heyer identified as transgender and underwent sex-reassignment surgery which he now regrets. But, Heyer found God and has overcome his mental illness. So, know this, there is hope for you in Jesus Christ.