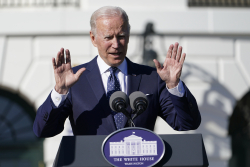 What was the greatest trick ever pulled? Was it the devil convincing the world he didn’t exist, as Charles Baudelaire said and Keyser Söze repeated? Or maybe it was Soviet Socialists and their acolytes persuading the world that National Socialists were right wing? Perhaps it was one of those. But in America for several decades, it is surely Democrats tricking people into believing they’re on the side of the little guy.