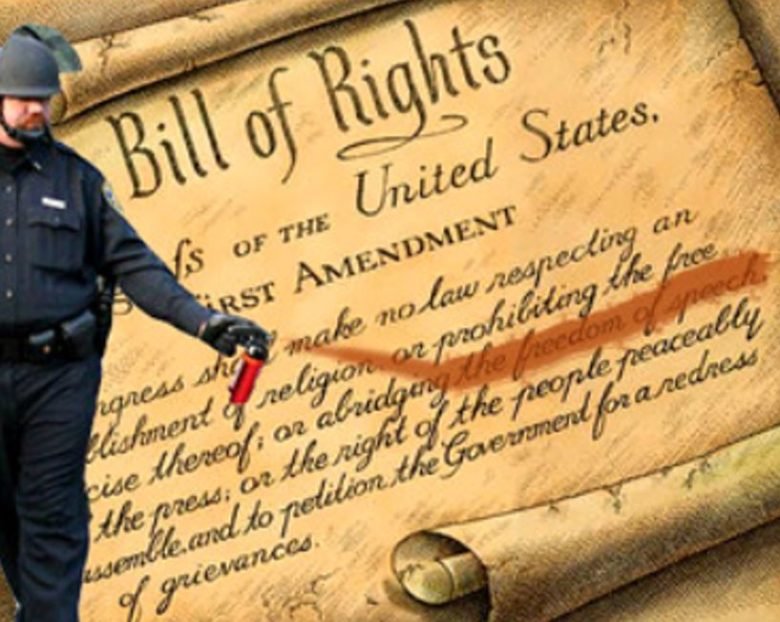 In response to questions about the vaccine mandate, Dr. Fauci, our intrepid pandemic guardian, says we need to put our personal freedoms on hold for a bit — for the greater good.  Uhh…no!  That’s not how our freedoms work.  From my reading of the Declaration of Independence, our freedoms are granted by God.  In the relative ranking of deities, I’m guessing most people would put Two-Mask Fauci a few levels down from the top.  The government didn’t give us our freedom, and it can’t take it away.  It can oppress those freedoms with brute force — and that is what Fauci is advocating.

Unfortunately, Fauci isn’t the only government functionary who thinks he has the authority to make such rulings.  Numerous governors, mayors, and city councils have also curtailed our freedoms.  Their lockdowns and social distancing rules undermined our property rights, our freedom of assembly, and our freedom of expression.  The “my body, my choice” folks have decided that it’s not our choice except when it pertains to the killing of unborn children.  But it is all for the “greater good.”

Even the Supreme Court, our so-called guardians of our republic, got in on the act.  When the CDC canceled our property rights through its eviction moratorium, the Court held that the moratorium was unconstitutional — but they’d let it stand for a little while for the greater good.  They decided they had the authority to grant a waiver to the Constitution.  That the thinking of public officials on our freedoms is so flawed is truly disturbing.

These officials seem to have all forgotten that America is a country of self-governance.  They work for us.  The Constitution tells them what they are allowed to do and, more importantly, what they are prohibited from doing.

The reality is that no government authority, claiming to represent the needs of the mob, has the authority to restrict our freedoms.

There is no pandemic exception to the Bill of Rights — not even for the “common good.”  But apparently, Fauci and his fellow travelers must have been out sick the day the Constitution was taught in school.

If we allow this nonsense to stand, all sorts of mischief will become possible.  Is there any doubt that the left would do the following?

Just two years ago, these scenarios would have been unthinkable.  But after the pandemic response we’ve seen, they are entirely plausible.

Unfortunately, our legal systems have become hopelessly corrupted.  We can’t count on the Department of Justice, or even the Supreme Court, to protect our God-given rights.  We have to fight for those rights ourselves.  We can join that fight through elections, and also through our state governments.

It’s time that Fauci, Kavanaugh, Biden, and a few thousand other dictator wannabes stopped for a moment and listened to us.

This article was first published by American Thinker.