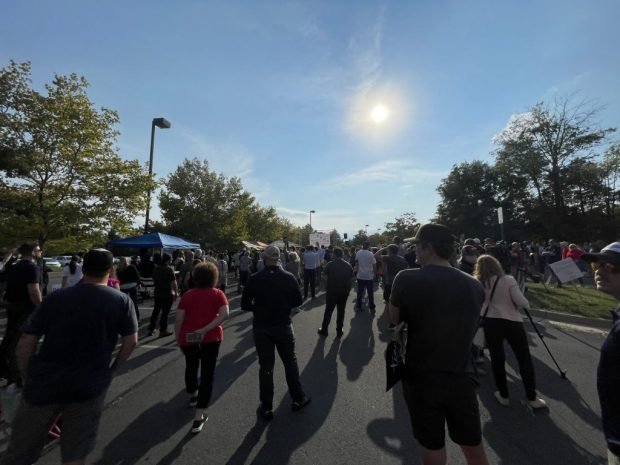 “NHSBA is finalizing its formal letter to the National School Boards Association relative to our withdrawal,” the email continued. “We will share that letter with membership as soon as possible.”

New Hampshire joins four other states, Louisiana, Missouri, Ohio and Pennsylvania that have withdrawn their membership from the NSBA over its Sept. 29 letter that asked President Joe Biden’s administration to use statutes such as the PATRIOT Act to stop threats and violence in public schools toward school board members over actions that could be “the equivalent to a form of domestic terrorism and hate crimes.”

On Oct 4., Merrick Garland’s Justice Department responded with a memorandum that called on the FBI to “use its authority” against parents who threaten or use violence against public school officials, citing a “disturbing spike in harassment, intimidation, and threats of violence against school administrators, board members, teachers, and staff.”

The NSBA was in communication with the White House over its letter in the lead up to its Sept. 29 release, according to emails obtained by Parents Defending Education (PDE). The White House staff “requested additional information on some of the specific threats” of violence directed at public schools and school board members.

In response, the NSBA sent out a memorandum apologizing to its state members for the letter and the manner in which it was published on Oct. 22.

“On behalf of the NSBA, we regret and apologize for the letter,” the letter read. “To be clear, the safety of school board members, other public school officials and educators, and students is our top priority, and there remains important work to be done on this issue. We apologize also for the strain and stress this situation has caused you and your organizations.”

Despite the NSBA’s apology, state members have continued to revoke their memberships and distance themselves from the national organization.

In a letter to NSBA’s Interim Executive Director and CEO Chip Slaven and President Viola Garcia, the Ohio School Boards Association said its “decision to terminate membership and affiliation with the NSBA is a direct result of the letter sent by you to President Joe Biden late last month.”

Many states said they are “reevaluating the benefits of membership with the NSBA” because they were not consulted on the letter it sent to Biden.

Delaware said it has received “NO reports of violence or threats of violence,” Florida said it will “both encourage and welcome parents” and Georgia said it did “not seek the involvement of federal law enforcement,” according to PDE’s research.

The New Hampshire School Boards Association did not immediately respond to the Daily Caller News Foundation’s request for comment.