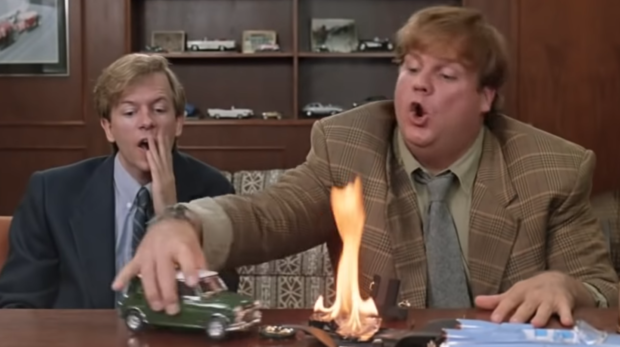 Regulations attempt to manage and control complex systems according to what has been deemed as appropriate behavior – and therein lies the problem. Complex systems are complex and what is “appropriate” is subjective and tends to be situationally dependent.

For regulatory bodies that are on the outside looking in, data can be misleading and algorithms can be misconstrued, and this was depicted in a recently released policy report by the Consumer Choice Center. Regardless of whether they concern talcum-based baby powder or crop-protecting pesticides, the report explains how blanket bans and one-size fits all approaches overlook the idiosyncrasies present within industries and the long-term implications of imposed restrictions.

Standardized systems and rigid rules create a culture of conformity rather than one that promotes improvisation and risk-taking – and this is to the detriment of both consumers and producers. So, let’s explore why that is with reference to a well-known problem child prone to inappropriate behavior and hazardous situations: Tommy Boy (and for anyone unaware of this 1995 comedy classic, it was released just this month on Netflix).

Movie Depiction: In Tommy Boy, the namesake character is clearly a less than ideal candidate for going on what is to become one epic sales trip. Yet despite the apprehensions of some board members, Tommy Callahan (played by Chris Farley) is granted the opportunity to set off to save the family business. He is joined by a colleague, Richard (played by David Spade), and the two serve as a support mechanism for each other and for the shenanigans that ensue. As the movie plays out, it is clear that both Tommy and Richard will do whatever it takes, regardless of the adversity they face, to get the contracts they need to save Callahan Auto Parts.

Real Life Application: Experimentation and diversification are the best combination for promoting advancement, according to the economist Ludwig Von Mises, but the go-get-em attitude seen in Tommy Boy seems to be fading within the US. This cultural shift was a primary topic of concern in an Oxford debate (now roughly a decade old) where Peter Thiel voiced that new motivations for innovations are desperately needed. Fast-forward to the present day and the risk-averse mentality has become pervasive as the desire to confront challenges is replaced by desires for simplified solutions concocted by those on high. Rather than receiving support for venturing onward, there is the inclination to stay put to stay safe.

Movie Depiction: Farley and Spade face resource constraints, unforeseen externalities, and competitive pressures, yet trial and error allow for their progress on a path that is far from predetermined. Just as a guarantee label was missing on the product Tommy was selling, so too was a guarantee missing for how things would play out. And although a warning label would have been more applicable for Tommy’s tactics, he leveraged what he learned along the way and challenged himself to pursue what could be rather than settling for what is. Maya Angelou once said “I did then what I knew how to do. Now that I know better, I do better” – and this was true for Tommy.

Real Life Application: Miss Frizzle from the Magic School Bus would likely have been proud of Tommy and Richard given her motto of “Take Chances, Make Mistakes, Get Messy,” but it is hard to imagine such freedom and flexibility in today’s workplace environment given assessment measures and benchmarks for best practices. Even the mottos of Silicon Valley to “Fail Forward” or “Fail Better” seem to be proclaimed more than practiced and red flags should be raised given that some of today’s tech giants are kowtowing in favor of government interference. Specific standards and verification mechanisms create bottlenecks for production processes and entry barriers for new entrepreneurs since anything new or different will need to receive approval first. Learning by doing has been overtaken by doing what one is told.

Regulations Reduce the Role of Individuals and Ingenuity

Movie Depiction: The protagonists approach each day and each client differently; and they are both proactive and reactive according to the situations they encounter. Spade is knowledgeable about the firm while Farley tries to embody his father’s sales techniques, but the main message is that they are both left unrestrained and unchecked with what they do and how they do it. In the end (spoiler alert), they win out by not completing their sales trip but by taking down a top competitor, which was not even a consideration when they first set off on their adventure.

Real Life Application: Just as personal pursuits and lifestyle choices should be determined by individuals, so too should the voluntary business dealings of producers and traders who are most closely connected to the matters at hand. Everyone is capable of reason and self-direction according to the philosophical and traditional view of the law (as per the Anglo-American model), which is why innocence must always be presumed until proven guilty. This same consideration should be granted to entrepreneurs and organizational change agents who desire to take calculated risks and defy the status quo.

External expectations and limitations are known to curtail personal agency and delay creativity. And once one form of regulation is put in place, it is likely that more will follow suit.

Take for example the washing machine. Despite technological advancements, washing machines are less effective today and cost just as much due in large part to the proliferation of regulations. A 2007 YouTube campaign by the Competitive Enterprise Institute told viewers to “Send Your Underwear to the Undersecretary” in defiance of new rules that would lessen cleaning power while raising costs.

Although mitigating risk is important, it is also important to realize risks can lead to rewards. Thank goodness the Wright brothers weren’t grounded by safety concerns or compliance measures, since we’d never have the gift of flight.

When rules are applied, experimentation and exploration are sidelined, as the values and visions of regulators supplant those of the creators, and opportunities for regulatory capture will also occur (as seen in the airline industry today).

When incentives and interests collide, there is no denying that those with power will wield it in their favor and according to their own dispositions – which is why Big Tech has a big interest in playing a part in regulatory agenda setting.

So in the spirit of Tommy Boy, it is good to remember that some rules are meant to be broken (legalization of cannabis), and some expert advice should be ignored or questioned (such as fat taking the blame for a “weight problem”), and some regulations are simply in need of a full reset.

America fell in love with Chris Farley for his comedic genius and hilarious improvisations, and so entrepreneurs should take note while regulators should step aside. After all, nothing ventured, nothing gained.