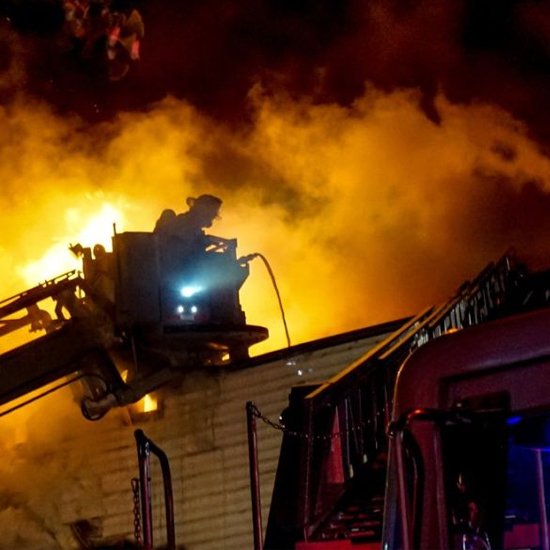 In a move that illustrates just how irresponsible the Biden administration and Blue State governors have been in their totalitarian mandates of COVID vaccinations, the FDNY has effectively shuttered 26 fire companies citywide due to staff shortages caused by the city-imposed COVID vaccination mandate.

Other cities, such as Chicago, Los Angeles, and other major metropolitan areas with unnecessary vaccination mandates are also experiencing an intense amount of push-back from First Responders, especially from those who have a natural immunity to the virus for having had COVID.

In New York, the closures came amid a war of wills between City Hall and firefighters refusing the side-effect-riddles vaccines, many saying they possess natural immunity antibodies for having survived being infected with COVID.

Monday, New York City starts enforcing a mandate, issued by Democrat and hyper-Leftist Mayor Bill deBlasio, that requires all city workers to have at least one dose of a COVID vaccine onboard.

US Rep. Nicole Malliotakis (R-NY), said 26 companies were shuttered throughout the city – five in her Brooklyn/Staten Island district – and laid the blame on de Blasio.

“If someone dies due to a slower emergency response, it’s on Bill de Blasio and his overreaching mandates. I hope this fool fixes it ASAP!” she tweeted. Concerned residents – some angry – rallied outside of Ladder Company 149 in Dyker Heights to support the firefighters.

No borough or neighborhood was spared, with the shuttered companies ranging from lower Manhattan, Crown Heights, and Brownsville to Long Island City and Staten Island.

The closures were corroborated by New York City Councilman Joe Borelli (R), who cited the Uniformed Firefighters Association. Borelli said the list of 26 came from a FDNY alert dispatched to members.

The primary word here is irresponsibility.

While advocating for COVID vaccination is certainly within the purview of federal and state governments, creating situations that endanger the population with unconstitutional mandates is not.

Make no mistake, the closure of firehouses in our urban areas is the Fire Department version of defunding the police. It’s stupidity on steroids. With each firehouse closure, the response time for emergencies goes up, as does the effectiveness of First Responders to affect a positive outcome to an emergency situation.

All it takes is a dry spell with accompanying high winds and a fire in an older neighborhood to establish a potent recipe for disaster that could cost countless lives. Entire neighborhoods could go up in flames. And that scenario doesn’t even broach the countless medical emergencies that will end in loss of life.

Government, at every level, is tasked with – first and foremost – ensuring the safety and security of the population it serves. The second is protecting the rights of the individuals they are elected to serve. In both charges, the government – at every level – is failing, and, in fact, purposely doing so.

The level of arrogance accompanying the stubborn insistence that vaccination is the only choice in confronting the COVID virus is grotesque and unacceptable on every level.

We do not live in a country that entertains Fascist totalitarianism. We live in a constitutional Republic, although that is hard to discern given the actions of government both at the federal and state levels, to the latter in Blue states.

It is becoming abundantly clear that governors – the ones who still understand we have a federal constitution – seriously explore employing nullification and the re-routing of federal tax dollars to reign in the overreach of the federal government. It is thoroughly out of control and incapable of adhering to the limitations outlined in the US Constitution.

As to the “fools” who are in control of the Blue cities like New York, it is well past time the uninvolved in those locations move themselves to booting these opportunistic ideologues out of office once and for all. It’s hard to see how anyone from New York, Chicago, Los Angeles, San Francisco, or anywhere else the nanny state has morphed into full-blown totalitarianism can tolerate it any longer.