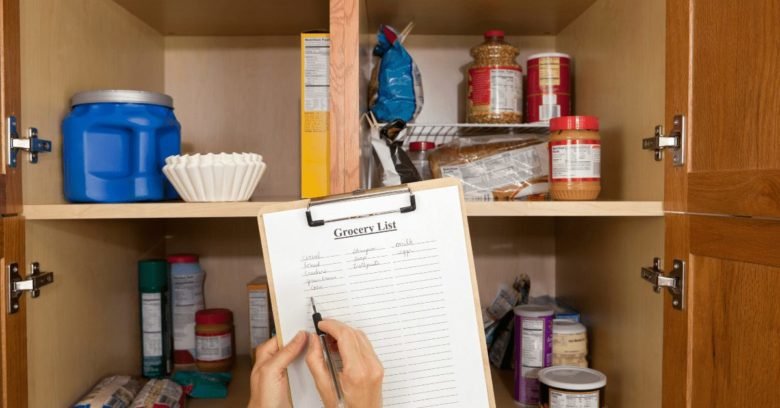 Consider this information you may want to know in order to prepare.

While Americans may not care, this announcement should be a warning of things to come here.

As David Knight stated: “Since we have been engineered by these multinational corporations and our open border governments into being dependent upon China, that means that these shortages are going to be headed our way as well. Not only do we not have the ability to do things for ourselves anymore because we’ve been so eviscerated, pacified with all this transfer of manufacturing, we can’t even unload the stuff we’re buying from China. That’s how pathetic things are here in America. So, you better start preparing.”

America is heavily dependent on China for many goods, including food. The Alliance for American Manufacturing (AAM) reported on just how reliant we are on China.

While that report was from 2014, the AAM provided this “2020 Update: The blog below remains one of our most popular on the website, and there has been increased interest in it during the coronavirus crisis. The United States continues to import food from China, including $4.6 billion worth in 2017 alone. Top imports include fruits and vegetables, snack foods, spices and tea. In 2019, for example, the U.S. imported $89 million worth of tea and $300 million worth of apple juice.”

However, this warning from China isn’t because of lack of production or any natural reasons, it’s because of the Chinese government. And America’s government is no different. We have been facing the destruction of supply chains at unprecedented levels since March of 2020. This is your government’s, and China’s and most others around the world who shut us down without a care.

As Zero Hedge wrote, commenters from China said it was particularly old people who have begun panic buying.

“The old people have seen this before,” Knight said. “They’ve seen their government deliberately starve people as they try to reset society.”

While the globalist governments central plan with terms like sustainability, Knight notes: “The only thing that they’re concerned about is sustaining their power and their dystopian dictatorship.”

Beyond the supply chain issues, we face a hyperinflation problem that could hit at any time. Jeffrey Tucker writes for The Daily Reckoning that food rationing is coming, and the powers that be don’t care. He notes how Biden’s press secretary blithely wrote off concerns of inflation as a “high-class problem.”

“It must have been this flippant dismissal that caused me to go over the top,” Tucker wrote. “I wrote that hyperinflation could lead not only to implicit price controls, but also to rationing. Eventually, we could see the government issuing food tickets into bank accounts that allow us only a certain amount of food for the week. One chicken. One pound of hamburger heat. Five rolls of toilet paper.”

Remember, such actions have taken place here in America in the past.

Tucker notes that it has been occurring in recent history noting that nobody probably thought churches could be shut down in America over a cold virus, but here we are. As he put it: “Fear makes anything possible.”

And while folks in “red states” may feel safe, that’s a foolish notion to live by. First, don’t trust Republicans to care. Second, even if there are Republicans who care, the problems we’ll face are out of their control.

“I write that and my friends in Texas, Florida and South Dakota say: ‘I have no idea what you are talking about. Life around here is normal. Concerts are packed. Restaurants are busy. No one is wearing masks. We are so over this!’” Tucker writes, and he adds: “I’m happy for them. Truly. But there’s a problem. Many problems. We all share the same monetary unit. Supply chains are connected all over the country, and the world. Every state relies on goods from every other state. We are long past autarky. We can feel like we are safe, but we are not.”

The so-called “leaders” in the political class, in the bureaucratic state and on corporate boards do not care. Morality is an afterthought to them.

Tucker concluded: “It doesn’t matter how bad it gets. Our leaders will never admit failure. They will look at the disaster they are creating and call it success. This is what is truly chilling about the unfolding crisis: They do not believe it is a crisis. They think this is a reset to the way things should work.”