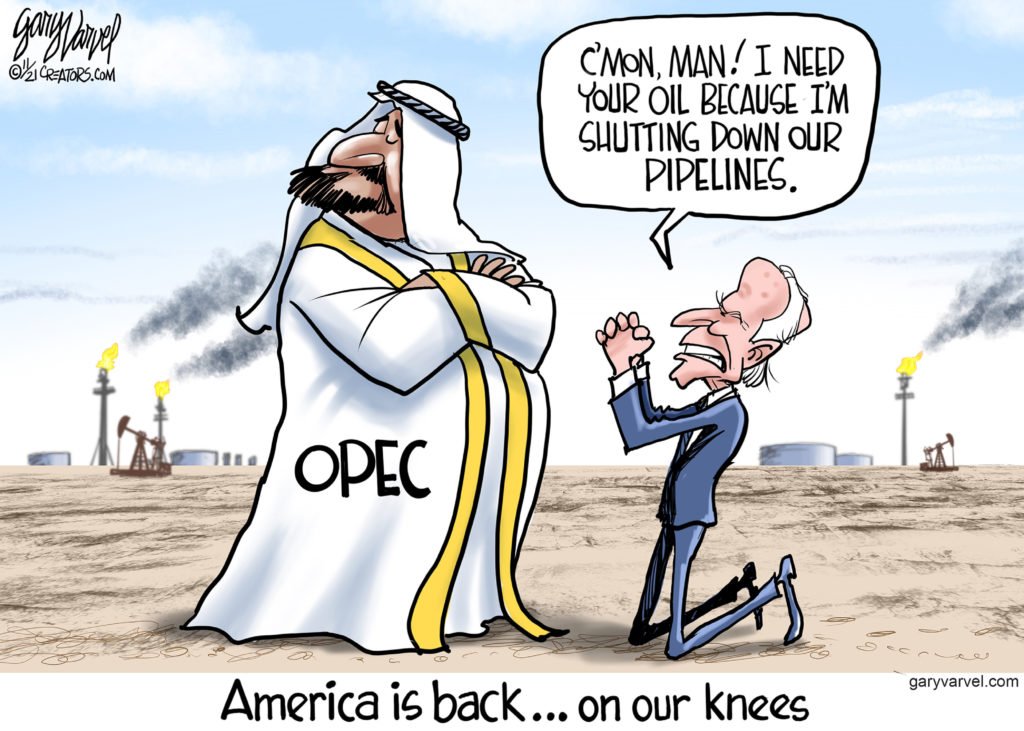 Over the years since all of the environmental idiocy began in the late 1960s, we’ve heard dire predictions of the polar ice melting and the oceans flooding all coastal areas, inundating New York and Miami, and drowning millions of people. The Mediterranean Sea was also reported to be dying, with all of its life-supporting nutrients disappearing. These were lies of the political left.

Ted Danson told us of certain global destruction in a specified period of time, which period of time has passed with no evidence of the promised death and destruction. Prince Charles also predicted environmental disaster in a specific period of time, which also did not occur these many years later. Paul Ehrlich predicted the starvation of the planet with his 1968 book, and that false balloon is now over 50 years old and still the predicted destruction and misery are unfulfilled. Many other celebrities and experts have come and gone with their predictions of the end of life on earth, but the planet is still running as it always has, with change being the norm and the occasional severe storm causing local destruction, and some days being warmer or cooler, which is completely normal.

So in November of 2018, when AOC and Bernie Sanders told us we had only 12 years of life remaining, leading to the great over-heating of the earth, many believers would logically expect to see a constant warming, with especially hot summers and constant severe storms battering the dying planet. But we’re now three years into those alarmist’s prediction, a quarter of the way to the environmental disaster they warmed us about, (and, again, 40 to 50 years into the predictions of Danson, the Prince, Ehrlich and many others), and even though recent winters have produced less severe cold and freezing in my area of the United States, our summers have not increased to the 120 to 130 degree heat needed to threaten life on earth.

The leftist geniuses have not explained this lack of proof of their predictions, but I expect to hear at any time that, of course, the warming will sky-rocket to life-ending levels in only the last year of their fictitious end-date of 2030. But if American citizens allow the Green New Deal taxes and economic destruction to take place in Washington, which is happening with Biden’s Build Back Badder plan, there will be misery, suffering and poverty that will be greater than the ice caps melting, as we allow the Capitalism and liberty that America has developed to be wiped out with a big government takeover of our nation, while inflation rages and our great society shuts down under the pawl of leftist dictatorship, which would be much worse than the covid closures and the masking mandates of 2020 and 2021.

Our nation is threatened, but not from environmental warming. Rather, the threat is from the false, politically over-heated verbiage from foolish, far-left Democrat politicians and their Socialistic power grab via their multi-trillion dollar government spending, and an artificial banning of cheap sources of energy which will prevent our society from conducting our personal and business dealings like free people.