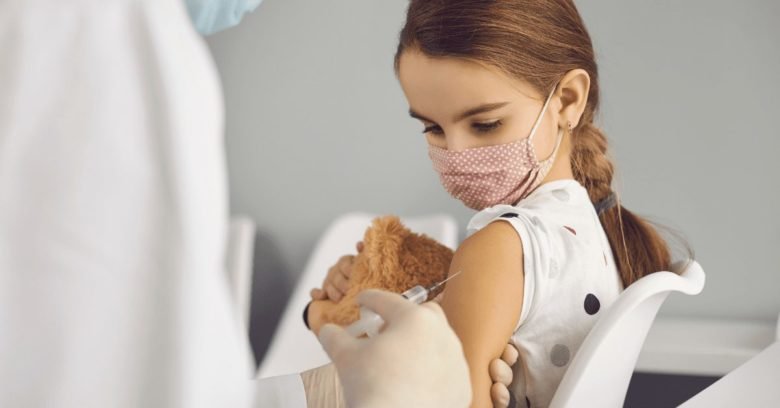 To vax, or not to vax, that is the question.

Well, that’s not the question according to the government that wants to answer it for you. As emergency use authorization (EUA) has been given to the Pfizer jab for kids 5 to 11, states like California and New York are already preparing to force the shot as reported by Matt Agorist for the Free Thought Project.

Such mandates come despite research, from the University of California, showing “teenage boys are six times more likely to suffer from heart problems caused by the COVID-19 vaccine than to be hospitalized as a result of COVID-19 itself,” as Agorist points out.

For those of us who still believe in informed consent as individuals to make our own choices, which extends to parents making decisions for their children, Dr. Steven Hatfill provided important data to consider before submitting yourself or your children to the experiment. Hatfill, a physician and virologist, published his findings with the London Center for Policy Research. The research primarily focused on the Pfizer jab approved under EUA for kids.

Ultimately, the data shows that the “vaccines,” which are not vaccines, “no longer reliably prevents infection, re-infection, viral transmission or death from COVID-19. It is a failed ‘vaccine,’” according to Hatfill.

“The FDA (Food and Drug Administration) provided little evidence for their decision except for a minimal sized ‘immunobridging’ study which incorrectly considered blood antibody levels to be the same thing as immunity to the COVID-19 virus,” Hatfill wrote. “It is not. Especially when using an mRNA ‘vaccine’ that is demonstrably no longer working in the older age groups.”

Hatfill added: “The Pfizer COVID-19 mRNA vaccine is not really a ‘vaccine’ in the true sense of the word. It does not provide a long-term immunity like the existing vaccines for measles, polio, chickenpox, and smallpox. Rather, it is an experimental nucleic acid preparation that is associated with rare but catastrophic side effects in individuals aged 12 and older. The administration of the Pfizer-BioNTech ‘vaccine’ for children aged 5 to 11 should be limited to those children with medical conditions known to be at risk for COVID-19, and then only under a strict physician’s consideration and supervision. Alternatively, successful early, drug treatments for COVID-19 are available.”

Hatfill has provided research on such treatments as hydroxychloroquine.

There are five pieces of information, backed up by evidence, you should know before submitting your kids to the shot, according to Hatfill. They include that children are not in any substantial danger from COVID-19, the Pfizer jabs are classified by the FDA as a “biological product” (not a vaccine), the mRNA shots are not working, there are severe potential side effects including death from the jabs and the idea of jabbing the masses as a means to control the virus is a “failed doctrine.”

To add credence to Hatfill’s claim the Pfizer jab is not a vaccine, Pfizer’s CEO all but admitted that by calling it “gene-editing.”

While kids are at an “infinitesimal” risk from the virus, they “may actually be at a higher risk of adverse vaccine effects if they are then given the Pfizer mRNA ‘vaccine’ preparation when compared to naïve individuals not previously infected,” Hatfill wrote.

Of course, all of Hatfill’s claims are backed up by evidence through research and data analysis, but one key figure to remember is that the Centers for Disease Control’s (CDC) adverse events reporting system shows this is the deadliest shot ever.

“In the first four months of their introduction, the experimental COVID-19 ‘vaccines’ racked up more deaths and severe adverse events on VAERS than all other types of vaccines combined over a period of 32 years,” Hatfill wrote.

Hatfill added: “Just as alarming as the deaths, are the extremely wide range of serious injuries and hospitalizations associated with the mRNA and DNA vaccines. These include vaccine-induced heart damage in young males, the precipitation of heart attacks, strokes, and limb amputations due to abnormal blood clotting, a possible phenomenon called Antibody-Dependent Enhancement (ADE), and a range of serious neurological complications including partial paralysis and blindness.”

“This is almost a legal mandate following the recent release of a paper in the British Medical Journal (BMJ); Thousands of Americans Have Been Permanently Injured and Killed by Experimental mRNA Vaccination and a Full Accountability Is Now Mandatory,” Hatfill writes. He was referring to the BMJ paper suggesting Pfizer faked trial data.

Meanwhile, Director of the National Institute of Allergy and Infectious Diseases Anthony Fauci has effectively admitted the ineffectiveness of the shots through the ongoing need of boosters, as The Defender reported, yet continues to push the shot saying: “There’s a lot of reasons to get the children vaccinated. And we’re very pleased that it’s gone through the appropriate process of scrutinization by the FDA, who’ve authorized it on an EUA. And now the CDC last night with their advisory committee have made the recommendation, which is very good. I’m looking forward to seeing this roll out in a very successful way.”

The so-called “appropriate process of scrutinization” claim by Fauci despite an FDA rubber stamp voter literally saying “we’re never going to learn about how safe this vaccine is unless we start giving it,” thus admitting this mass jab agenda is an ongoing experiment.