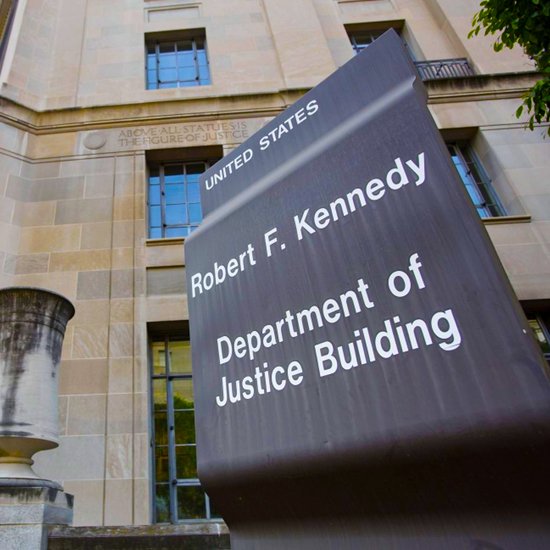 In a rare act of honest self-examination, the Department of Justice’s Inspector General, Michael Horowitz, issued a ruling stating the department must address deepening concerns that it’s not insulated from political influence.

A report issued by Horowitz’s office determined the DoJ failed to follow policies and procedures designed to protect it from being perceived as politicized or that it is partially applying the law. Primary examples cited by the Inspector General included the investigation of Donald Trump’s campaign during the 2016 election and in leaks to the media.

“Numerous national events in the past year have crystalized the urgency for the department to address this challenge in a meaningful way,” he wrote, including the discovery that the DoJ under the Trump administration obtained communications to and from members of Congress and accusations that protesters were cleared from Lafayette Square in Washington on June 1, 2020, for political purposes.

Such events “have all raised questions about the department’s objectivity and impartiality” and “negatively impacted the perception of the department as a fair administrator of justice,” Horowitz said.

The politicization of the Justice Department started long ago but kicked into the high gear of disingenuousness during the Clinton administration. It was then that career loyalists to the Democrat Party were placed in positions with upward mobility at the DoJ.

In instance after instance, the country has witnessed criminal acts being executed by the elected class – and most often to the greatest degree Democrats, and specifically those connected to the Clintons, Obamas, and Bidens – only to go unpunished or slow-walked through the investigative process to a point of non sequitur.

A perfect example of the obstruction executed by a well-placed operative in the DoJ came early on the commission of the most significant case of campaign finance fraud in American history. This happened during Hillary Clinton’s initial run for the US Senate.

An investigation was started, but it was stonewalled and eventually dropped without even a semblance of honest investigation. The entire operation was chronicled in a new media investigation titled, The Fraudulent Senator. It’s well worth the time.

From the Trump-Russia collusion false-flag operation to facilitating information to the press to bolster unwarranted impeachments against the President, to the stormtrooper-styled handling of the January 6th protesters that remains to this day, the DoJ has openly championed the Democrat Party and has done so in a fashion that would make Mussolini Fascists envious.

The Department of Justice – from top to bottom – and the US State Department exist as the chief agencies of the Deep States bureaucracy that routinely usurp their authority under the US Constitution. They look for workarounds to constitutionality and their power limitations on a regular basis and, in doing so, have ceased serving the American people.

Make no mistake. The Deep State bureaucracy serves only its political and globalist masters. The American people have no place in their requirements of service. And that’s not the country our Framers set up for us.

“But a Constitution of Government once changed from Freedom, can never be restored. Liberty, once lost, is lost forever.”
– John Adams