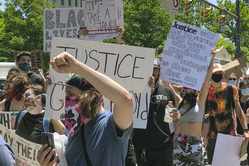 In the wake of the controversy surrounding his latest Netflix special The Closer, Dave Chappelle received an Emmy nomination for his 2020 special 8:46. Many have gleefully declared that the nod proves that cancel culture does not exist. "Only one grammy nom[ination] each for Dave Chappelle, Kevin Hart, and Louis CK!! Cancel culture strikes again!!" snarked Buzzfeed reporter David Mack.