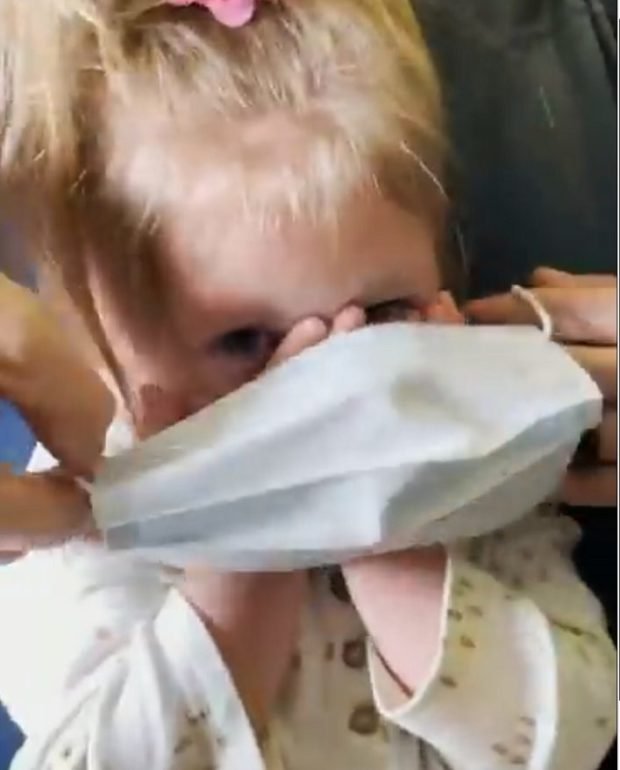 No, people who identify as bunnies, men who take over women’s sports, and Karens who get butthurt because there are toys for boys and toys for girls do not represent a serious civil rights issue. But government officials issuing draconian mandates in the name of public health is very certainly the civil rights issue of today and the battle should be fought the only way that has been proven to work.

How to Fight Against COVID Mandates

The story of several people being arrested in New York City for attempting to dine at an Applebee’s restaurant without proper papers is being reported from the wrong angle. Those writing the stories talk about the police violating the rights of the diners instead of raising up the heroes who went into that restaurant to publicly defy authoritarian rules.

Multiple people arrested in NYC for trying to eat in Applebee’s without a vaccine pass pic.twitter.com/CsKX7yauEC

That’s what it will take: groups of people willing to be arrested, pay fines, and be called out publicly in order to challenge the government’s unconstitutional threat to liberty.

More people need to go to the grocery store, walk into restaurants, or pick up things at the home improvement store while not wearing a mask or informing anyone of their vaccination status. These are the ones who will derail authoritarian attempts to condition us to blindly accept their will.

Civil rights organizations have the power to mobilize hundreds of thousands to go in groups to stores, theaters, restaurants, and events. These organized sit-in-style protests would have two major effects: publicize dissent and popularize it.

If the police forcibly remove 50 people from a grocery store or 35 people from a movie theater, or 100 people from a concert or sporting event, the media will have no choice but to report on it. Americans that have been quietly grumbling as they again put on that mask that has been on the dashboard for the last year will see that they are not alone.

Unless I am with family, I never wear a mask anywhere. They can kick me out, but I’m not going to do it. Not in the grocery store, not in Lowe’s, nowhere. Obviously, my family is free to make their own choices so I’m not going to do my protesting while with them unless they also choose to risk getting kicked out, arrested, or fined.

I hope you all have a great weekend!

Take off your mask, go out, and spend time with friends and family.

Don’t allow out-of-touch politicians and bureaucrats to stop you from living your life.

What I have found over the last few months is that more people at the home improvement store are thinking the same way. Sometimes, almost half the shoppers in the store have no mask and the staff could care less.

The grocery store is a bit different. While I shop unmuzzled, I’m typically the only one or one of very few. But still, no one, including employees says a word to me. If they did, I’d likely leave the cart full of stuff right there for them to put back and I’d leave.

Imagine what would happen if 20-30 people showed up at the grocery store, had no masks, and just started shopping. There would then be more unmasked people in the store than masked people. Other shoppers who would rather not wear a mask might feel empowered to drop the cloth and get on with life.

You see, as more people witness others walking around unmasked, it will give them pause. If they despise the masks, they will ditch them. If they are all-in on masks, they’ll be the odd one out and forced to realize that their position is not popular and that healthy people walking around with a surgical mask wreaks of “not normal”.

Do you like being forced to wear a mask to go into a place? No? Then don’t. Be willing to get kicked out and try somewhere else.

The United States is self-organizing into two groups – one that believes the government is going to save them and one who knows that is a lie.

If you have the ability to organize a group “mask-out” then give it a shot. If you’re not up to being arrested, then take your group shopping and abandon carts if they tell you to mask up.

Or, you could just follow this New York Times advice:

One of the easiest ways to upgrade your mask protection is to wear two at the same time, health experts say. Here are answers to common questions about double masking. https://t.co/lF3GyEKs65