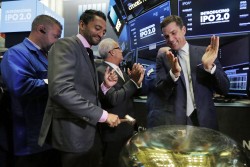 I’m not mad that some venture capital mogul (whom I’d never heard of before) said this week on a podcast (which I’d also never heard of before) that “nobody cares about what’s happening to the Uyghurs.”
I am, however, mildly (but not surprisingly) annoyed that this blundering billionaire backed down so quickly in the face of exactly the kind of virtue-signaling bloviators whom he so rightfully criticized in the first place.
Chamath Palihapitiya, who is apparently a former AOL and Facebook executive and founder of a Palo Alto investment firm called Social Capital, outraged the perpetually…