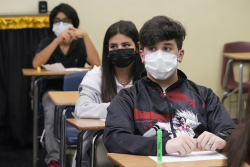 Are we returning to normalcy?
The word “normalcy,” as history buffs know, was used (but not invented) by our only journalist president, Warren G. Harding, to sum up his 1920 campaign. Normalcy was political shorthand for returning to normal times after a European war, prosecutions of peaceful protesters, sharp inflation and depression, terrorist bombings at home, totalitarian revolutions abroad and a pandemic influenza that killed, proportionately, more than twice as many Americans as COVID-19.
Normalcy was popular, too. Harding won the popular vote 60% to 34%, the largest percentage margin…