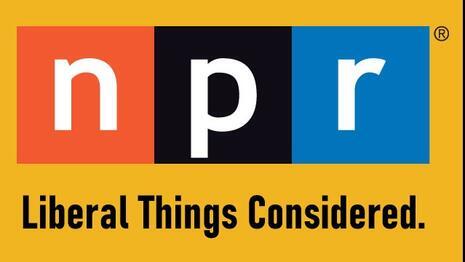 Apparently, if you use the wrong color emoji when texting your friends and family you are a racist. At least according to Alejandra Marquez, Janse Patrick Jarenwattananon, and Asma Khalid at the taxpayer-funded NPR (yes it took three of them to write an article on racist emojis).

In a piece titled “Which skin color emoji should you use? The answer can be more complex than you think”, Marquez, Jarenwattananon, and Khalid interviewed multiple people on this topic. The first was someone named Heath Racela “who identifies as three-quarters white and one-quarter Filipino.” Racela “chooses a yellow emoji instead of a skin tone option, because he feels it doesn’t represent any specific ethnicity or color.”

Racela, who apparently has way too much time on his hands to contemplate these things, argued that picking the yellow emoji is “the neutral option” that will allow the person who receives the text to “focus on the message” instead of skin color:

“I present as very pale, very light skinned. And if I use the white emoji, I feel like I’m betraying the part of myself that’s Filipino,” Racela, of Littleton, Mass., said. “But if I use a darker color emoji, which maybe more closely matches what I see when I look at my whole family, it’s not what the world sees, and people tend to judge that.”

According to NPR, choosing one color emoji “can be a simple texting shortcut for some, but for others, it opens a complex conversation about race and identity.”

Another person the trio interviewed was Sarai Cole, an opera singer in Germany who said “I have some friends who use the brown ones, too, but they are not brown themselves. This confuses me.” Cole said that “she was not offended when a non-brown friend used a dark emoji”, but “would like to understand why.”

Further down in the article was this preposterous sentence: “Zara Rahman, a researcher and writer in Berlin, argues that the skin tone emojis make white people confront their race as people of color often have to do.”

As a white millennial who uses emojis all the time when texting, I can assure you I have never once thought about my race when using an emoji of any color. Like most normal people, I hardly ever think of my race.

The article ends with a quote from Rahman, saying, “I think it’s more one of those places where we just have to think about who we are and how we want to represent our identities, and maybe it does change depending on the season; depending on the context.”

Or conversely, you can live your life and not think about your “identity” 24/7. Let people use whatever color emoji they want, this is America.

As our friend Steven Miller from the Spectator reminded us on Twitter, NPR claimed that covering Hunter Biden’s laptop was a waste of time, but apparently, this ridiculous article about racist emojis isn’t a total waste of time.

This insanity from NPR was paid for by….you. You can share your opinion on this by contacting NPR Public Editor Kelly McBride here.