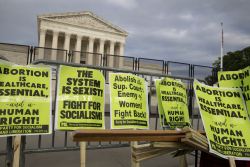 It was an enduring mystery. At least, in America.
While Hansjorg Wyss draws comparisons in the press to liberal megadonors like George Soros and Tom Steyer, relatively little is known about the Swiss billionaire, other than that he regularly ranks as one of the richest men in the world and also as one of its most philanthropic.
Wyss made headlines recently by leading a consortium of investors attempting to buy the Chelsea Football Club from sanctioned Russian oligarch Roman Abramovich. He also tried unsuccessfully before that to purchase a national newspaper chain owned by Tribune Publishing….