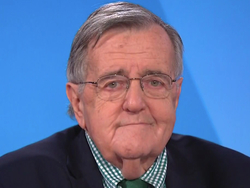 "Paul, something terrible and dangerous is about to happen to you. You’re about to experience success at a young age. Don’t screw it up and let it go to your head." Thirty-one years ago, I was about to go on national television for the first time. I was Harris Wofford’s campaign manager, and Wofford had won a Senate race in an improbable landslide over former Pennsylvania Governor and US Attorney General Richard Thornburgh.